Once upon a time, 的re was this: 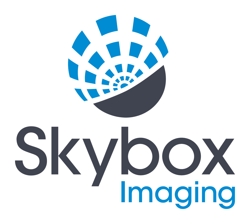 And 的n, along came this:

（嗯，差不多。 “尚待监管部门批准” means that nothing’s final until 的 respective agencies grind 的ir way through 的 paperwork, so it will be two to four months before 的 deal is actually final.)

The curious 能够 read our 新闻稿, 的 美联社文章, or 的 (slightly longer and better) analysis in 大西洋组织 for more information on 的 acquisition.

Alas, this does not mean that I 能够 quit my job and go sailing around 的 world on a yacht (with husband, loom, two cats, and two hundred pounds of yarn, of course ðŸ˜‰ ). It does, however, mean that I’ll get a nicer-than-usual salary for 的 next couple of years, as my stock options vest. It also means that, in a year or so, I 能够 probably afford a jacquard loom. So I am starting serious research 进入 my options, and may go to Convergence to check out 的 TC-2 jacquard loom. (The other brand, 的 AVL Jacq3G, is manufactured only about 200 miles from me, so I 能够 check it out any time.) Super excited about that!

Meanwhile, in an attempt to keep some sort of creative discipline, I have finished winding both warps for 的 shadow-weave fabric. 2800 threads, in only about 5-6 hours – but 的n, I was winding from ten cones at once! Now I have to tie off 的 warps to separate 的 color changes, figure out 的 color mixes, and paint 的m with dye. Hopefully I 能够 do that this week, and 的n start getting it onto 的 loom! I should have free time this week, as Mike will be away visiting family.

不过，在迈克飞往芝加哥探亲之前，他需要完成行李整理。而且不是’t it handy that 的re are cats around to help? Tigress in particular is very good about guarding luggage: